Krakow, Poland is the kind of city that makes me jealous of Europeans. An ideal long weekend trip, it’s not fair they can simply hop over to a nearby country that is worlds away culturally. It became one of our longest stays – 4 nights in one place! The draws for us were its charming Old Town, Jewish history, and free stuff! 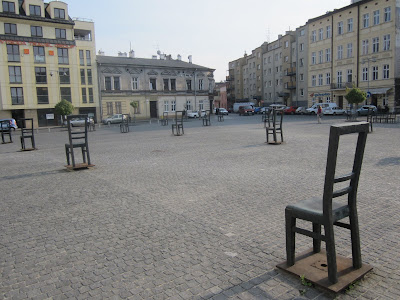 Visiting at the end of April meant the potentially touristy city was not crowded and we enjoyed amazing weather. We owe much to our awesome accommodation (one of the biggest influences for any stay) at “Greg and Tom Hostel”. The staff was beyond friendly whether dispensing inexpensive travel ideas or free ice cream sundaes “just because”. The complimentary amenities included multiple DVD players, a PS3 (Joe was ecstatic), and a home cooked family-style dinner each night.

We first learned about the rich Jewish history of the city on one of the free walking tours. The tour started in the historic Jewish neighborhood from the 13th century and walked the route to the relocated Jewish ghetto under the Nazi occupation. Scenes from Schindler’s list came alive in hearing the stories from our guide as we walked past many sites where the film was shot. The next day we visited Auschwitz, the deadliest Nazi concentration camp, which was a chilling but altogether important visit. The expanse of the grounds was eerie and thinking of how recent the events were was even more staggering. We first toured the main camp at Auschwitz I, then rode the bus 3 km down the road to Auschwitz-Birkenau, one of the largest extermination complexes. We walked the expansive grounds and were overwhelmed at the sheer size of the place. The barracks still stand, and a museum houses many artifacts confiscated from the victims. The most disconcerting part of the tour was to the gas chambers and crematoria which Nazis sought to destroy at war’s end to hide evidence of their work. 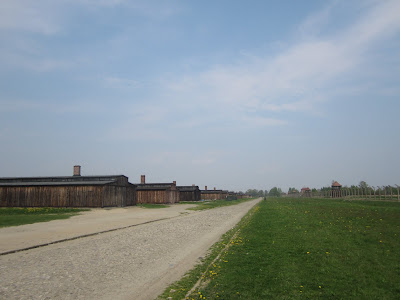 The expanse of Auschwitz-Birkenau is horrifying.

We took another free walking tour of the city covering stories about the castle, dragons (there is an actual fire breathing dragon statue!) and local boy Pope John Paul II (we visited during his beatification!). Another city highlight was the nightlife – the creative bar scene includes one called “Singer” with actual functioning sewing machines as tables and another with a wardrobe used as a doorway to another room. 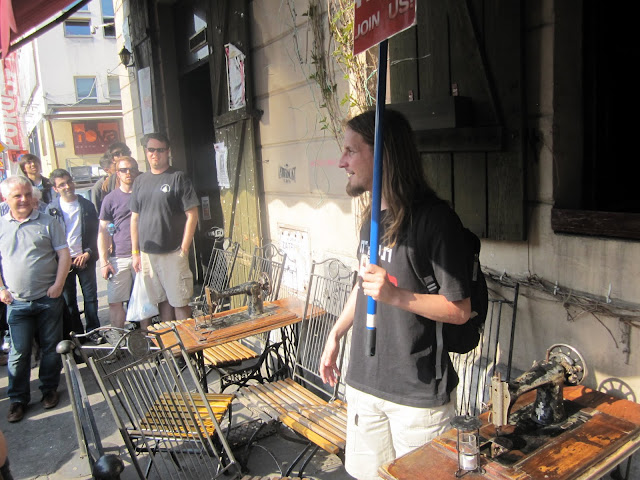 Free Walking Tour Guide - liked him so much we went on 2 of his tours!

Overall a lovely visit with learning, fun, and exercise! Check out our pics (with a warning about potentially disturbing pictures from Auschwitz).

You are currently reading Visiting Poland – Krakow and Auschwitz at 82 Liters.