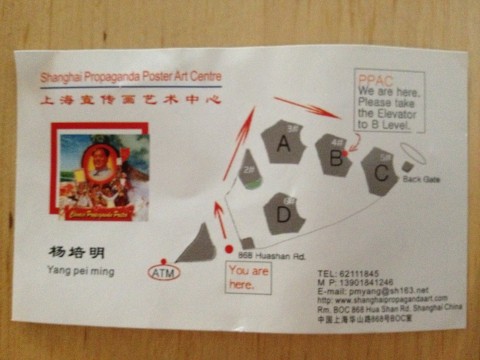 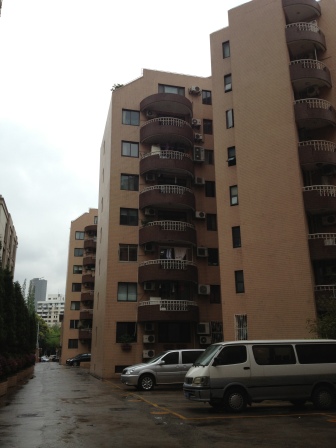 After getting over the hidden nature of it I saw there were other tourists there, mostly foreigners, who had probably also found it intriguing in their guidebooks. It was a fun collection that depicted Chinese art, politics and pop culture throughout several decades. One point of personal interest was seeing how the US was portrayed, usually negatively and looking ragtag, bleeding, or as an animal. The posters were sometimes employed to visually represent a particular campaign or to motivate workers to meet production goals. Mao Zedong featured prominently in many, but also featured was the common worker, and of course the color red was splashed throughout the art.

(Click a thumbnail below to scroll through a selection of posters) 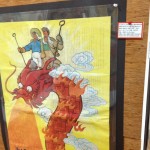 Not sure what this one is portraying

Interestingly, China had a position on US race relations (support for equality)

Eyeopening portrayal of the US involvement far from home

I’m currently reading Oracle Bones on a friend’s recommendation. In the book there is discussion about how communism and propaganda are closely tied. In fact, the Chinese word for publicity is the same as the word for propaganda, making the government public relations reports indistinguishable from biased misinformation associated with propaganda.

While we have been in China for only a couple weeks, we’ve already had several encounters with the restriction and monitoring of public information. We had to buy a VPN to circumvent the Great Firewall in order to freely access all google results, facebook, and this blog publishing site. The government even puts their own stamp on American-made feature films, such as Iron Man 3, by requiring that Chinese-themed scenes and even Chinese actors be edited in before allowing distribution. There was recently an earthquake in the Sichuan province of China, and we found it interesting that the TV coverage rarely showed any of the destruction and it was hard to get a sense of the impact. The reports instead focused on the feel-good personal stories about a son visiting his mom in the hospital, or a daughter who was so scared it took her a couple of days to stop being afraid of loud noises. In the couple of days that we watched the news, we did not see footage of the site itself, only hospitals, interviews, and limited rescue scenes.

More subtle have been some of the posted signs we’ve seen that speak to one’s sense of duty rather than just being direct about rules to not litter or to not feed the fish. They seem more imbued with a sense of morality to be more emotionally appealing. I haven’t captured any on camera so I’ll keep an eye out to share as we see other examples.

§ One Response to China-flavored propaganda

You are currently reading China-flavored propaganda at 82 Liters.