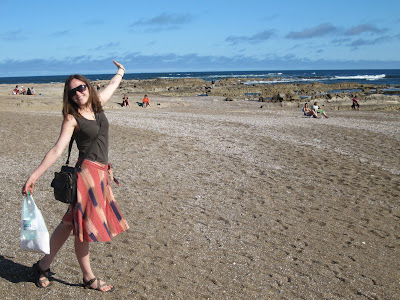 Finally out of the city! Relaxing in La Paloma, Uruguay

We have a special place in our hearts for Uruguay. It is the small, frequently ignored country wedged in between Argentina and Brazil. People rarely go on vacation just to see Uruguay, unless it’s on a quick day trip from Buenos Aires on the ferry just to get another stamp in the passport. 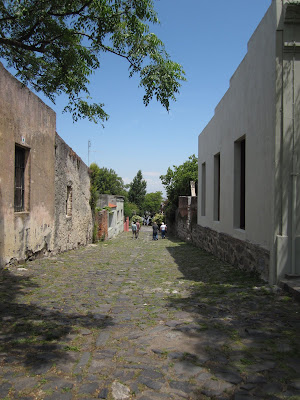 I have to admit, this was how I first visited the country back in 2003 when I was studying abroad. But I also have very fond memories of my visit to the town of Colonia. It is just a couple hours from Buenos Aires but feels years away with its colonial architecture. It could easily be an overhyped tourist spot with touts and tour operators everywhere, but surprisingly it’s not. It’s a great stopover either as a day trip from Buenos Aires or on your way deeper into Uruguay. 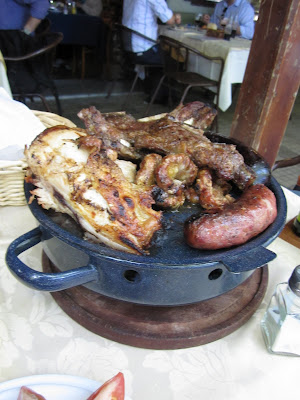 You could be forgiven for thinking this meat extravaganza (including chicken, blood sausage, and intestines) is Argentine, but it's Uruguayan!

I think Uruguay gets little attention from international travelers because its not that cheap, due to its quite stable economy, especially relative to its neighbors. Plus, many of the things that characterize Uruguay are more closely associated with Argentina: mate (the ubiquitous tea drunk from a gourd), beef, soccer (Diego Forlan voted best in World Cup).

We only spent a week in the country, mostly in the beach towns of La Paloma and Cabo Polonio, but it was a great respite from city life in Buenos Aires. La Paloma was a great small town, and we extended our stay by a night just to continue relaxing there. We found the people we encountered in our hostel and along the way genuinely friendly. 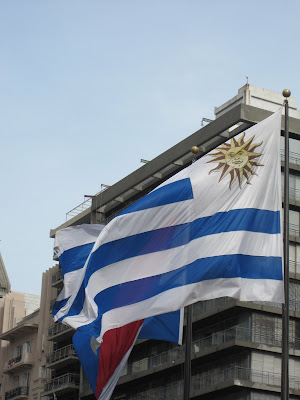 I still don’t think I’d recommend a whole trip just for Uruguay, though I know there are many other places we did not visit. Still, consider this my plug for the country and its people. For us, it was an important part of our journey, and a great place to explore.

They have a new tourism campaign out right now proclaiming ¨Uruguay Natural¨. Check out our photo album doing our part to highlight Uruguay’s natural landscapes and cultural heritage here.

You are currently reading Awww….Uruguay. at 82 Liters.